Around 475,000 are yet to be built despite having planning permission, resulting in record figures which are 25% higher than they were just five years ago.
To read the whole article, click here.

In this case, a judicial review was advanced by the claimant â€“ a riparian owner 700 miles downstream â€“ on the following grounds:

The Judge, Mr Justice Cranston, addressed each matter in turn, and his thoughts have been broken down below:

1 – Whilst Mr MacDonald had no direct pecuniary or proprietary interest in the planning application so as to be automatically disqualified from participating, the presence on the committee did raise the question of bias as defined by Lord Hope in Porter v Magill. Mr Justice Cranston summarised:

â€œSelwood, with Cllr Macdonald as a director, was not simply an affordable housing provider. Here it was the only provider which had been willing to give assistance on the scheme, had expressed a clear interest in delivering it, had been named by the applicants as their potential partner, and had written in support and attended the planning committee meeting when it was considered.

2 – The evidence demonstrated to Mr Justice Cranstonâ€™s satisfaction that the councilâ€™s decision on the matter of contamination was sufficiently well supported by the available information and that no significant effect was likely under the Habitats Regulations.

â€œInsofar as a risk was identified in relation to the construction works, this was addressed with conditions which specifically address it.â€

3 – On this point, he concluded that the screening could not be regarded as flawed.

4 – Mr Justice Cranston commented that â€œin my judgment there was ample evidence on which to base that conclusion and it was reasonable to reach it.â€ The officer’s report before the planning committee had concluded that developing the site would not harm the setting of the Bishopstrow Conservation Area or nearby heritage assets. This report was considered to be sound.

The result of these conclusions is that planning permission was quashed. Whilst points 2-4 were all disregarded, the presence of bias was sufficient to overturn the planning permission on the grounds of natural justice â€“ nemo judex in causa sua (no one should be a judge in his own cause).

“I have 13 years experience in helping clients with property issues and can highlight defects with your potential property purchase, through a Building Survey, House Purchase Survey or Homebuyers report, I can also provide property valuations. I also carry out commercial work and am a qualified Level 3 Non Domestic and Domestic Energy Assessor.

“If you are buying (or valuing) a property, you could save thousands in unexpected remedial works by instructing us to carry out a property survey on your behalf. Please don’t hesitate to give me a call” 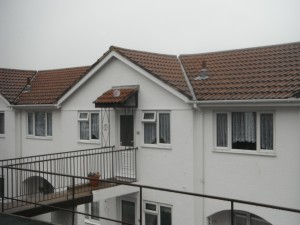 A hearing at Inner London Crown Court early in September found against a developer who had, despite three failed planning applications, proceeded to rent out a property as flats. The result is a successful action under the Proceeds of Crime Act and a bill for more than Â£175,000 for the offending company and its millionaire ownerâ€¦
To read the whole article, click here. 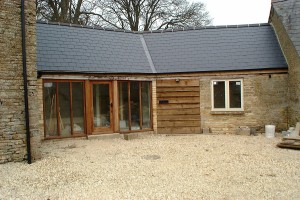 Permitted Development changes have made it significantly easier to convert a barn orÂ  other agricultural building into a residential or commercial space. We look at some top tips from our Chartered Surveyors for those of you considering a conversion project, covering such aspects as planning permission,building regulations, sustainability and designâ€¦
To read the whole article, click here.

All works carried out in England and Wales require planning permission. Certain types of extensions and changes of use, subject to certain limits and conditions, do not require a full planning permission from a Local Planning Authority. Unless these automatic rights are removed, it can be assumed that permission is automatically granted.
To read the whole article, click here.

The High Court has quashed Planning Permission for 34m wind turbine after action by Campaigners.
To read the whole article, click here.

In case you missed it: Two Stars anger neighbours by carrying out works that are often regarded as needing no planning permission. 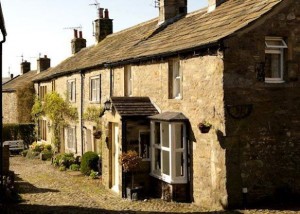 Planning permission is often misconstrued as only being associated with buildings and houses, but as an ex-Bond girl and current England footballer found out it can include the felling of trees and play areas for kids…
To read the whole article, click here.