Ten high streets from across the country that narrowly missed out on the final of the Great British High Street Competition, impressed judges so much that they have been awarded a special Rising Star award, together with Â£1,000 in cash.

The judging panel agreed that despite not reaching the final list of 21 high streets, 10 towns and villages had impressed with the great strides that they had made in improving their local high street.

Nominations for this yearâ€™s competition â€“ which reached a record level of 230 applicants â€“ were assessed by a panel of government high street experts and covered categories from â€˜coastal communityâ€™ to â€˜market townâ€™.

â€œWe had a record amount of high-quality entries to this yearâ€™s competition â€“ testament to the pride local people have and brilliant work being done to boost Britainâ€™s high streetsâ€¦The local high street is the life and soul of many towns, villages and cities across the country and these awards are a great opportunity to not only celebrate those that are the best of the best, but also to help others learn their valuable tips for successâ€

The Great British High Streets Competition 2015, which is sponsored by big high street names such as Costa, Marks & Spencer, Boots and Tesco, is only in its second year and only one of a number of incentives to help revitalise high streets across the country.

Other incentives include a billion pound package of investment ranging from targeted business rate discounts and sensible planning changes, to action that reins in over-zealous parking practices.

The 21 towns lucky enough to reach the final consist of a top 3 for 7 different categories, with the eventual winner of each sharing a prize pot worth Â£80,000, which includes expert training and tailor-made tips from Googleâ€™s training taskforce for 100 of their shops, bars and restaurants.

For the first time in the competitions very brief history, the public are able to vote directly for their favourite high street online, with the deadline being November this year. The public votes will be cast alongside inspections by the Future High Streets Forum judging panel.

Altrincham, Colne, Twyford, Raynes Park and Amble are just a few of the 21 finalists hoping for victory, for the full list and to register your vote visit The Great British High Street website.

Seeing so many high streets recognised for their significant improvements is certainly a very positive sign, especially after Mary Portasâ€™ review in 2011 which highlighted that the countryâ€™s high streets were suffering drastically.

There is, however, a long way to go. It must not be forgotten that it is likely to take a lot of hard work to maintain the improvements made by these towns. Also, despite the encouraging numbers of applicants, there are a number of towns still suffering from high street decline and it could be argued that enough is still not being done.

The state of Britainâ€™s High Streets and their recent trend towards decline has been a topic of concern for many British stakeholders over the last few years. Whilst economic fortunesÂ are improving, the success of the internet and out of town shopping centres are 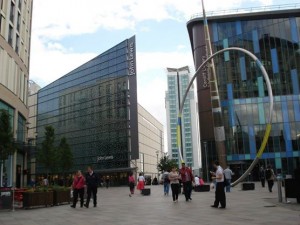 still major threats. We lookÂ at a report which has recently identified the secret to rejuvenating a British high street and the views of expert Mary Portas following her recent study into the areaâ€¦
To read the whole article, click here.