The news that the percentage of the UK land area that is densely built upon is 0.1% has won the title of UK Statistic of the Year, under a new initiative from the Royal Statistical Society â€“ from nominations made by members of the public and the organisationâ€™s members.

The statistic comes from a report by Professor Alasdair Rae, of the University of SheffieldÂ A Land Cover Atlas of the United Kingdom which was published in November 2017 using Corine Land Cover data from 2012.

The 0.1% of land areas considered to be CUF (made up of â€˜continuous urban fabricâ€™) are those that are most densely populated – where at least 80% of ground is impermeable and comprises buildings, roads and other artificial surfaces.Â  The alternative DUF (â€˜discontinuous urban fabricâ€™) accounts for just over 5.3%, and in fact only 5.4% of UK land is considered â€˜urbanâ€™ at all. 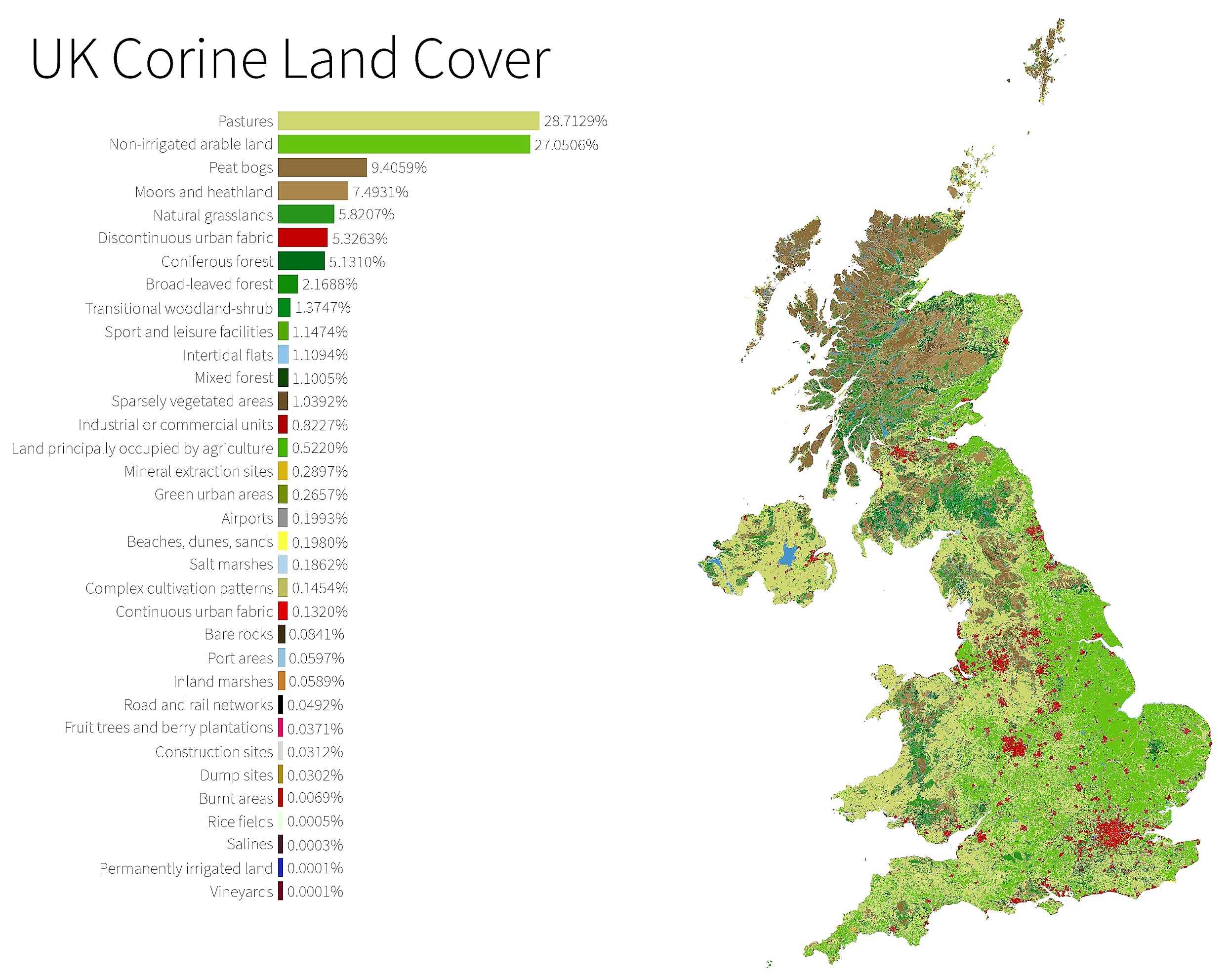 The statistic might come as something of a surprise to those of us among 83% of the UK population who live in urban areas.Â  In fact, a recent Ipsos MORI online survey of the British public revealed that the percentage of UK land that was densely built on was thought to be on average 47%!

Back to January 2018 Newsletter