With the average house price in London’s Zone 1 and 2 currently at over £640k, it can make sense to live a little further away and have a cheaper property. Of course, the rail fare will cost you quite a bit, and there’s the travelling time to take into account, but will that add to your quality of life or detract from it? 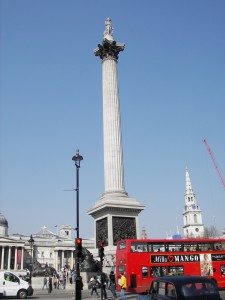 Even in Zones 3 to 6 in London, the average house price is nearly £400k, but move out a short distance, say to Reading or Chelmsford and the average house can be purchased for under £300k. The journey time into London by train is 25 to 40 minutes, but the catch is that the rail ticket will set you back almost £5k per annum.

This is obviously a popular choice for London workers, as evidenced by the 2.64 million users of Reading station who commuted to London in 2012/13.

Lloyds worked out that if you commuted into London every day from somewhere like Brighton or Cambridge, i.e. your journey took about an hour, it would take 76 years for you to outweigh the financial saving in the property.

Living in the suburbs (Zones 3 to 6) will reduce the journey time (and rail fare!) to the centre of London but will still save you money on the cost of your house. For instance, house prices in Watford or Wimbledon are some 43% lower than those in Zones 1 and 2, thus saving £275k on the house, but costing £2k p.a. on train journeys.

So does it follow that if you were to live even further away that you would save even more on the cost of your house? The average house in Wolverhampton, say, is almost 500k cheaper than London, but the rail fare will set you back £7,500 a year and the journey time is a 4 hour round trip – at least in this time of pre-HS2.

Does this apply to other cities in England? Well, no actually. Properties in Solihull are almost twice that in central Birmingham despite being only a 15 minute train journey away, and those in Leamington Spa – just half an hour from the centre – are also significantly higher.

A similar picture emerges in Manchester, where properties in Stockport (15 minutes away) are 42% higher than those at the centre, and properties in locations 30 minutes away such as Macclesfield are 71% higher.

Always one has to weigh up the property prices against journey time and the cost of the ticket, but other considerations should also factor in. One might consider the size of the property you could buy on the same budget a little further from London, the garden you might have, the green spaces and amenities that would be close by.

In January, we wrote an article about the exodus of people moving out of London in favour of rural England and a lengthy commute. Click on this link to read ‘Urbanites exploit the new country house gap’.

Interesting titbit – The word “Commuter” is derived from the 1840’s US rail tickets which were “commuted” i.e. reduced in price, to encourage people to use the railway. A commuted ticket would allow a person to travel the same journey as many times as they wished within the valid period – the longer the period, the cheaper per day – what we now recognise as a season ticket. Nowadays the word ‘commute’ can refer to any mode of transport on the journey to and from work, not just rail.