It has been reported over the last month that the number of wind turbines in Britain has dramatically risen to (in the region of) 30,000 after increasing by some 13% last year.

This figure is well in excess of that quoted by the wind industry which tries to quote fewer than 5,000 units around the country. The industry itself, however, usually discounts the smaller size turbines and only counts the turbines that have the capacity to produce in excess of 100 kw of electricity. 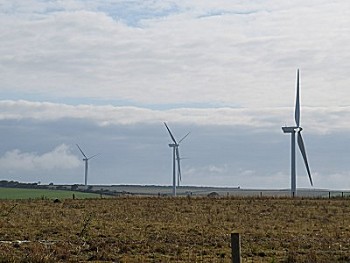 It is interesting to note that David Cameron has promised that there will be no more onshore wind farms if the Conservatives win the next election. This could then become an election battle ground, with David Cameron appealing to those rural areas where the majority of people in many areas seem to prefer not to see wind turbines in situ.

As we are all aware, wind farms are typically constructed because of the financial grants available from the Government. That enables owners to make a profit on the installation, essentially guaranteed at the taxpayers’ expense.

Many critics suggest that wind turbines only exist because of this financial input, with only the moral benefit of ‘green energy’ working in their favour as against a poor return and high acquisition and installation costs.

Interestingly, a survey conducted by Earth Mill, which is a specialist in producing turbines for farms, showed a 60% surge in the number of “live” planning applications for small and mid-sized turbines since last October, with some 810 new or “live” applications actually in the system at the end of last month.

Many people in the countryside have had enough of such invasive features being constructed.  Whilst everyone appreciates the need for power, many wish the Government could be brave enough instead to put some large-scale hydro electric schemes in places, such as on the Bristol Channel, which could be owned by the Government, impact a minimal area and run for the benefit of the country.

Amusingly, even the Wurzels have come out of retirement and written a protest song about more wind turbines in the Mendips. The indicators seem to suggest that enough is enough and wind farms, at least large installations, look set to decline in the coming years.

The question is, will the Government be brave enough to begin a major alternative project, or has the astronomically costly HS2 put paid to that for many years yet?

A recent poll indicated that over 90% of people would prefer to see the investment being planned for the HS2 rail improvement invested in a Hydro Electric Scheme instead, developed and owned by the government on behalf of the people to assist with our long term power requirements.

Surely this is where our turbine grant money should be invested.

If you are conscious of your own carbon footprint, you may be interested to hear that funding is available under the Green Deal for cavity and roof insulation (amongst other things) either absolutely free or to be paid off via your future energy bill savings. Many Chartered Surveyors are heavily involved in this process, so contact your local surveyor via the link below for advice: