The Supreme Court has ruled against the prior decisions of the Upper Tribunal and the Court of Appeal and come down on the side of landlords, in a case that scrutinised the funding processes for works on tenanted properties. The result is a landmark precedent for the future and a boon to landlords seeking to repair their properties without footing the entire bill.

As it stands, the 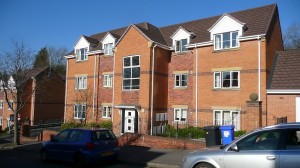 statutory influences on landlords seeking service charges from their tenants to pay for maintenance are the Landlord and Tenant Act 1985 (LTA) and the Commonhold and Leasehold Reform Act 2002. This is in conjunction with the terms written into each individual lease.

Almost all long leases contain an obligation on the landlord to provide maintenance services, typically including aspects like exterior maintenance, and a concomitant obligation on the tenants to contribute to the related costs. The LTA provides in Section 20(1) that unless certain “consultation requirements” are (a) “complied with” by the landlord (or service company), or (b) “dispensed with” by the Leasehold Valuation Tribunal (“LVT”), the landlord cannot recover more than a specified sum in respect of works for which the service charge would otherwise be greater. That ‘specified sum’ is capped by the 1985 Act at £250 per flat.

In the case in question, a landlord attempted to recover £250,000 in service charges from his tenants of five flats in Queens Mansions, Muswell Hill. However, by failing to properly comply with the ‘consultation requirements’, the statutory cap came in to play, limiting the total possible to be charged at £1250 unless the LVT granted dispensation.

That failure came from the fact that by December 2005, four priced tenders had been received in relation to works to be carried out at Queens Mansions. The priced specifications were not available for inspection by the respondents until 11 August 2006 – by which time the leaseholders had already been informed that the contract had been awarded to a particular contractor. The statutory consultation process had ended without any ability for the leaseholders to pass comment.

The LVT declined to grant dispensation because they viewed the failure to properly consult the tenants as a serious breach, amounting to ‘serious prejudice’. The Upper Tribunal (Lands Chamber) and the Court of Appeal dismissed Daejan’s appeals.

The Supreme Court took a different view and, in passing final judgement on the case, allowed Daejan’s appeal by a majority of 3:2. The court granted the appellant dispensation on terms that the respondents’ aggregate liability for the works be reduced by £50,000 (to a total of £200,000) and the landlord pay the reasonable costs of the respondents in the proceedings before the LVT.

Lord Neuberger, who gave the majority judgment, said the correct question which the LVT should have asked was whether, if dispensation was granted, the respondents would suffer any relevant prejudice, and, if so, what relevant prejudice there was as a result of Daejan’s failure to comply with the requirements.

He commented: “On the basis of the evidence before the LVT, it seems to me…..that it is highly questionable whether any such prejudice at all would have been suffered,”

The only ‘specific prejudice’, the judge went on to say, was that the respondents lost the opportunity of making out the case for using a different contractor to carry out the works. He acknowledged that there was an “undoubted, albeit partial” failure by Daejan to comply with the requirements, but the relevant prejudice to the respondents could not be higher than the £50,000 discount offered by Daejan.

The only ‘specific prejudice’, the judge went on to say, was that the respondents lost the opportunity of making out the case for using a different contractor to carry out the works. He acknowledged that there was an “undoubted, albeit partial” failure by Daejan to comply with the requirements, but the relevant prejudice to the respondents could not be higher than the £50,000 discount offered by Daejan.

In practice, this will reassure landlords that if they do not follow their precise obligations under statute and the leasehold contracts, they will still likely be able to recover the larger portion of the costs of the required works from the tenants and are less likely to be limited to the 1985 cap.

Nevertheless, for landlords the best advice must still be to consult in all situations. Had Daejan simply asked their tenants formally for their thoughts on which contractor to use, they could have saved in excess of £50,000 in entirely unnecessary costs.