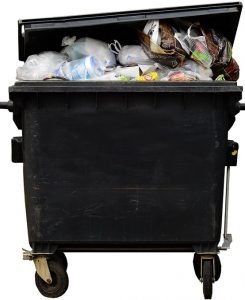 Rats are reportedly on the increase this autumn, due to a combination of wetter weather and cooler temperatures. Rats are most likely to seek food and shelter indoors as they abandon their summer habitats for somewhere warmer and drier for the winter. Lofts, garages and sheds are particular favourites, and rats can gain entry through gaps of 15mm or more, so unguarded vents and gaps in eaves and roofs are especially vulnerable.

Rats can cause gnawing damage to electrical wiring, posing a fire hazard, and will foul water tanks and spread diseases.

The British Pest Control Association (BPCA) says it is much easier to prevent an infestation than to get rid of one and recommends some simple preventative measures that can reduce the risk.

The survey’s analysis of annually collected Local Authority data, recording pest activity compared to population and regions from 2010/11 onwards, attempts to forecast future levels of pest activity, although it doesnâ€™t take into account the activities of private pest control companies and measures taken by the general public themselves.

The number of Local Authorities offering any pest control service has steadily declined, and the survey attributes this to decreases in staffing and austerity measures. Based on the trend, only 10% of LAs will offer the service by 2020.Â Currently, 92% of the LAs that do offer a public pest control service will charge for the service, with just four doing so free of charge.

The number of call-outs decreased over the period, and the survey concludes that this also reflects the reduction in staffing levels. The average number of full time pest control officers employed across English regions fell from 3.38 to 2.86. The greatest reduction (16%) was seen in Greater London, although this was also the region with the highest number of full time pest control operators (from 5.25 to 4.39).

Greater London had the greatest budget allocation for call-outs in England at Â£92 per average call-out. The smallest budget was the North East, at Â£17.78 average.

Check to see how your Local Authority can help you deal with pests.