In a paper by think-tank â€˜Policy Exchangeâ€™, a new policy of devolved power to local authorities has been put forward, which would enable them to create â€˜garden villagesâ€™ of between 1,500 and 5,000 homes. 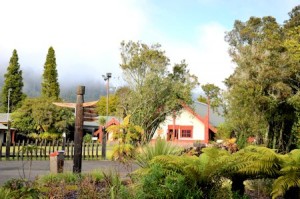 They state that England should not rely on top-down government proposals for newÂ garden cities alone, which in their words â€˜echoes the kind of â€œstate knows bestâ€ approach of command economiesâ€™.

Instead, author and National Housing Federation chair Lord Matthew Taylor believes local authorities should be empowered to use an updated New TownsÂ ActÂ to elect sites for new small market towns and villages as part of their local development framework documents.

DevelopmentÂ corporations, set by councils, would be charged with master-planning, setting quality design standards forÂ construction, and allocating some of the plots to self-builders and housing associations, for a â€˜new waveâ€™ of garden villages, the report adds.

The paper emphasises that the current strategy ofÂ buildingÂ around existing communities on the green spaces at the edge of a town is resulting in high land values. This is leading to â€˜developers building higher density and lower quality housesâ€™, the document says, which is threatening the quality and character of the places in which we live.

Taking that development out of incumbent settlements and into the countryside would allow the preservation of the character of our current towns and villages, whilst pushing up standards and moving some way towards solving the current â€˜housing crisisâ€™.

â€˜This is not a top down prescription by national government, but empowering both local people and thence the market to generate fantastic new communities that respond to the market and what local people want.

â€˜A single new garden village in each rural English local authority would create around a million extra homes â€“ the homes we need, with the space and gardens, infrastructure, services and employment that people want, all without destroying the places we know and love.â€™

Interested to hear about different construction methods being trialled to combat the housing crisis? Read this monthâ€™s article on straw constructionâ€¦