Eric Pickles in late November offered a substantial boost to the countryâ€™s small house builders, slashing the cost to them of building a new home by as much as Â£140,000 in some areas. 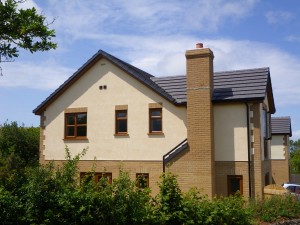 The policy comes following devastating reductions in the number of small to medium builders operating in England. The National Housebuilding Council reported recently that the figure had declined from more than 12,000 in 1988, to 6,167 in 1997 and to just 2,832 by 2012. Where in 1990, they provided 60% of all new homes, they will have provided only just 30% at the end of this year.

The Communities Secretary stated that the move would help restore the sector, which was hit by the 2008 crash.

Specifically, the policy will preclude councils from charging S. 106 agreements to projects of fewer than 10 properties, including self-build sites, annexes and extensions. The agreements, which can run to more than the cost of building a home in the first place, have been identified as a significant stumbling block for developers who not only have to pay the charge, but spend time and money in negotiating the rate.

Mr Pickles went on to confirm that in very rural areas, sites of 5 homes or fewer should not face the charge and, to coincide with this announcement, he launched a Â£25 million fund to boost development finance for small builders.

“Small builders are being hammered by charges, which have undermined the building industry, cut jobs and forced up the cost of housing. By getting rid of these 5 and 6-figure charges, we will build more homes and help provide more low-cost and market housing.

“This will also be a massive boost to the self-build and custom-build sector. Overnight in many parts of England, it will be cheaper to build an extension, a family annex or just build your own home. Our long-term economic plan is helping hard-working people.”

It is estimated that the policy will save, on average, Â£15,000 in Section 106 charges per home in England â€“ with some councils charging up to Â£145,000 on single properties.

Further savings will be made from tariffs councils can use to charge more than Â£15,000 per home over and above any housing contributions.

Taken together, these changes will provide 6-figure savings for small-scale developers in some parts of the country.

This will also support the nationâ€™s self-builders â€“ ensuring any builder helping to turn someoneâ€™s dream home into a reality, or build an extension to an existing property, doesnâ€™t get lumbered with Section 106 charges, mirroring what the government has already done on exempting them from the community infrastructure levy.

Mr Pickles also announced plans for the new Â£25 million fund to unlock construction on micro-building sites between 5 and 15 homes. These sites have local support and planning permission secured, but have struggled to get restarted after being mothballed during the downturn.

This new funding will come in the form of loans, which the developer will repay on completion and sale of the homes.

It forms part of the wider Â£525 millionÂ Builders Finance Fund scheme and already ministers have published a shortlist of more than 160 stalled housing developments of between 15 and 250 homes which could benefit from a share of the funding to get their workers back on sites.

Positive reaction from the industry

“This exemption would offer small and medium-sized developers a shot in the arm. The time and expense of negotiating Section 106 affordable housing contributions on small sites, and the subsequent payments, can threaten the viability of small developments and act as another barrier to the entry and growth of smaller firms. Over the course of several decades the number ofÂ SMEÂ house builders has collapsed from more than 12,000 in 1988 to less than 3,000 last year. It is not surprising that this has coincided with a period in which planning and regulation has generally become more costly and complex. We therefore welcome the efforts of the government to roll back some of these costs and help to foster a more diverse house building sector.”

“The new 10 unit threshold for affordable housing contributions is a sensible and proportionate approach to help alleviate the pressure on SMEÂ house builders who have been squeezed out of the housing market in recent years. This is important because without a viableÂ SMEÂ house building sector we wonâ€™t be able to build the number of new homes that are needed to address the housing crisis.

“There is no denying that we need affordable housing, but trying to squeeze ever higher contributions out of every last site is having a devastating and counter-productive effect on small scale development. In a recent FMB survey, 50% of FMB house builder members reported that there were sites which they would otherwise be interested in developing, but which they believed would be unviable due to likely affordable housing, Section 106 andÂ CILÂ contributions.”